Ialocin Seer was a young hunter from a lost tribe, in a lost time and on a distant world he new nothing about. His only companion was a computer generated autobot that would pop out from his wristpod every time he mentioned the words Icolainay Eesray. Ialocin was tall, balding and starting to develop a large belly from all the junk food that he managed to hunt down at the local Regrub Gink. Ialocin was about to begin another hunt when ………

Cinq is the French word for “five” so a Cinquain is a five-lined poem. There are two types of cinquains. The first type of cinquain is a word cinquain. This form is arranged in five lines with a specific word count. The second form is a syllable cinquain and also is five lines long with a specific syllable count. Neither of the two styles use rhyme.

The following cinquain brainstorm is taken from The Giving Tree by Shel Silverstein. You may remember the author from our work on Pointilisim/Wordlism.

I am going to write a cinquain about the boy in The Giving Tree. My cinquain should describe the boy (I could have chosen the tree instead). So, my first line will be Boy.

Now my second line is words that describe the boy. Let me brainstorm – he was selfish, he was young, he was old, he was friendly in the beginning. Now which two should I pick – I think friendly and selfish. These two words describe how he was in the beginning, middle, and end of the book.

Now I need four feeling words that describe the boy. I will brainstorm another list and then choose four– love, happy, ungrateful, and lonely.

Now my last line is one word that is a synonym or similar word for the boy. Let me see – Old Man, since at the end of the story he had become an Old Man. Now, I have to write my poem in the cinquain pattern:

Create two cinquains, a word cinquain and syllable cinquain, using a character from any of our radio plays as inspiration. You can use the same or different characters for each cinquain.

Important to Remember: This is a different way to think about a character. Some of the things that we write are never said in the text, they are inferred (see our work on inferential questions), you were able to describe the character by applying information from what you read.

The True Story of the Three Little Pigs – Jon Scieszka

Have you ever dreamed about being a teacher? Getting someone to answer a whole bunch of nonsensical comprehension questions about some boring old piece of writing.  Well, now it is your chance to write the questions.

How to write Inferential Questions

To ask an inferential question, you have to think outside the text, so that the answer has to be based on an inference and not on fact directly from what is already known. So, you could ask… what comes next, or what happened before this story?

You could ask, what would happen if this one part of the story were changed?

You could ask about the author’s views.

Anything that isn’t there, staring at you in the face from the text… you could even ask what is the main idea, or what a word means, although those might not be very inferential, depending on what the title already is, or what word you ask about.

Try picking out a character and asking something about the character’s childhood… as long as the childhood isn’t covered in the story. The whole point is to get people thinking outside the text. 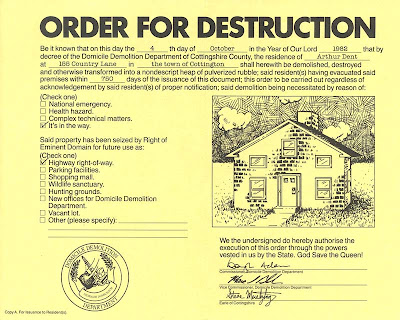 Earlier this term we looked at Haiku Poetry that required us to have a certain feel or rhythm. This rhythm was create by using the appropriate number of syllables (5, 7, 5).  The following task requires you to write a poem that uses the same rhythm as ‘Mary had a little’. You will notice, like the Haiku, rhyming is not necessary.

Below are a few examples, notice that in each poem the number of syllables in lines 1, 2, 3, and 4
are the same as that in the Mary Had a Little Lamb poem.

Bobbi had a pair of shoes
Whose laces were all frayed.
He used to have another pair
But gave them to the maid.

Angelique Porfilio
Once said about her nose:
It looks to me about as long
As our new garden hose!

Each of these little “poems” is one “stanza” long. Your task is to write at least three stanzas. Be sure that the first line in each of your poems has 7 syllables, the second line has 6 syllables, the third line has 8, and the last line 6.

The play ‘A Life Threatening Situation’ by James O’Sullivan is a very humorous play, I loved it. My favourite part is when the extra said ‘Don’t look at me I’m just an Extra!’, it was very amusing. My favourite characters were Alien 1 & Extra, they were very funny. I found it very strange, in a good way. I recommend you to listen to our version of this hilarious radio play on our Podcast.

Review by Emily 4R – Leave a comment with your own review

A haiku is a non-rhyming verse/poem. In Japanese, the word “haiku” means ‘playful verse’ and has five sounds in the first part, seven in the second, and five again in the last part (they count sounds, not strictly syllables). In English we write a Haiku with : line 1 – 5 syllables, line 2 – 7 syllables, line 3 – 5 syllables and try to focus on nature as the topic. The first line contains the topic and the second and third line usually describe the topic.

Ladybugs are red,
And have black spots on their wings.
Experts at flying.

In class we wrote Haiku poems about Egypt with a focus on nature. We then translated them into the Egyptian Phonetic Alphabet and wrote them on papyrus. Well done to everyone that has finished, they look fantastic!!

Can you work out what these are about?

See more in the Gallery

Based on a hugely successful global quiz phenomenon, Letters and Numbers is a smart and entertaining new SBS quiz show hosted by television veteran Richard Morecroft.

Letters and Numbers is a daily quiz show, airing Monday to Friday at 6pm, whereby two contestants pit their word ingenuity and numerical ability against each other for the chance to return the next day as champion.

The Letters game
In the letters game, each contestant takes it in turn to select nine letters, including at least three vowels and four consonants. Both contestants then try to make the longest word they can using the selected letters in 30 seconds. The player who uses the most letters gains a point for each letter used.

The numbers game
In the numbers game, one contestant chooses a mix of six numbers and they both try to get as close to the randomly generated target number as they can in 30 seconds using basic principles of maths: addition, subtraction, multiplication and division. Each number can only be used once.

In class today we watched episode 51 and focussed only on the letters games. It was very challenging and I was pleased to find several students working at a similar level to the contestants. I will try to do a few episodes in class, though you can watch it on SBS or by clicking the link below.

Watch the latest episode and try to complete the tasks in 30 seconds. If this is difficult you can use the pause button.

You can also play this the UK TV Show version

I hope you are all enjoying the start of your exciting excursion to Egypt. What wonderful things have you seen and are learning about? My favourite place was, of course, the Pyramids of Giza. Did you know the Pyramid of Khufu, the largest of the three, is estimated to way 5.9 million tonnes. It has a height of 138 metres and was one of the tallest man made structures for over 3800 years.

Can you send me a postcard (e-card) with three interesting facts about the image on the card?

I will then add the postcards to the comments so everyone can see.

Cairo is not only the capital of Egypt, but the biggest city in Africa, with more than 16 million inhabitants. Although it is a huge and chaotic metropolis, it is also a lovely destination.

As you probably know, this is the only seven wonder of the ancient times that remains today. They have stayed here for more than 4500 years.

Probably the most interesting destination in Egypt. In this city, the former Thebes, some of the biggest and best preserved temples of the ancient times can be visited.

Aswan is Egypt’s most Southern city and has always been this country’s main gate to the rest of Africa. The city is located in the ancient Nubian lands, and has been a winter tourist destination since the 19th century.

The Temple of Re-Harakhte is one of the most impressive temples in Egypt, and in the world, probably. This temple was dug on the Western mountain range in 1290-1224 BC in Abu Simbel, and was dedicated to the triad Amon-Ra, Ptah and Ra-Harakhte, by Ramses II.

Located in the Mediterranean coast, Alexandria is one of the most mythical cities in Egypt. Unfortunately not much remains today of this city’s golden ages. Most of the ruins are under the current buildings or under the water.

Taglines (often called slogans) are catchy short phrases used by marketers and film studios to advertise and sell a movie, and to sum up the plot, tone or themes of a film. Many films have multiple taglines. Composing  for posters and trailers is generally the first step in marketing a film and setting a strategic direction for the product. These ‘sound-bite’ epigrams are often placed on either film posters (above or below the film’s title) or on the merchandise itself (DVD, movie trailer, etc), to reinforce what the film is all about.

In the following trailer the first words said by the narrator gives a tagline for this movie.

When created persuasively, a tagline can become a memorable phrase that can repeatedly draw the audience to your product – lifting your brand message from the ordinary to the memorable. Its objective is to provide understanding of a product in less than seven or eight words.

Task 1 (optional): What movies are the following taglines from?

No comments will be approved until everyone has had a go.

A major problem in writing a persuasive text is working out the arguments of the “other side”  and responding to those arguments. The following class task will help you see the need to work out the other point of view before writing any argument.

You are older now and your room is not as wonderful as it once was.  It is time to try convince your parents to let you re-design your room.

When you go to ask them they reply:

and give you the following objections:

Task: Write a persuasion that will convince your parents to change their mind.

Title: I want to re-design my room

Position: (outlines the issue and your point of view)

When you have finished create a plan of how your new room will look.

Power words are words used to help make a statement stronger. Click below to see a few examples to do with selling.